HISTORY: Before and after the Second World War 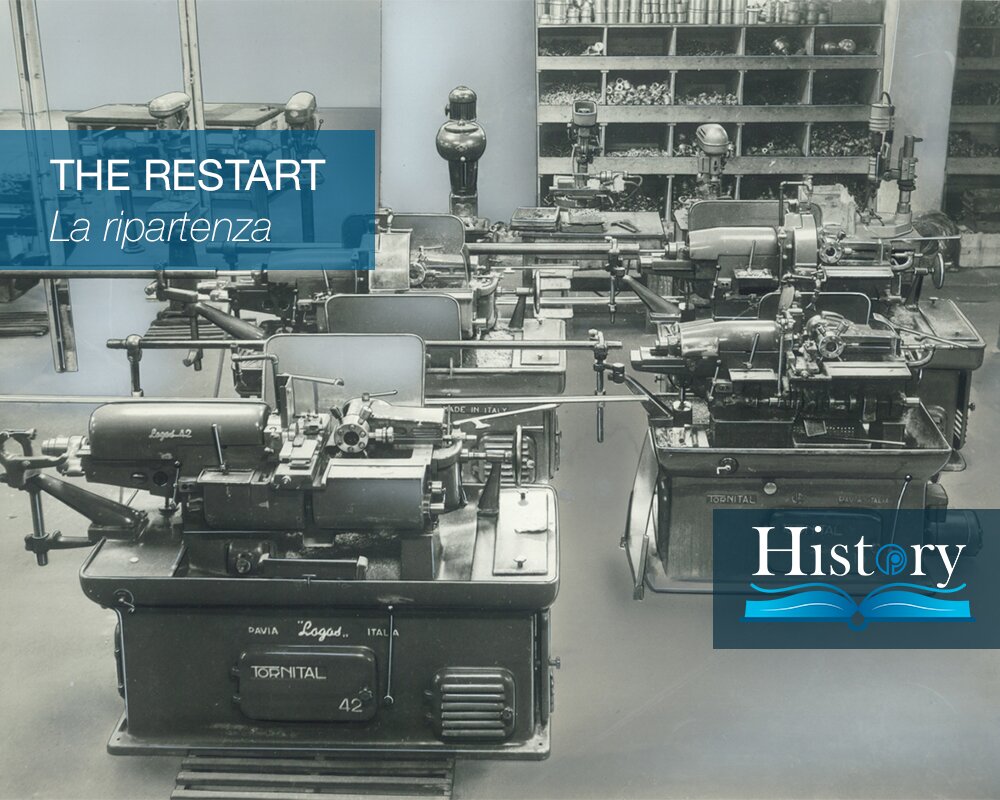 HISTORY: Before and after the Second World War

1940 Italy steps in the War, Giuseppe and Mario come called to the front

In 1940, the Fratelli Pettinaroli company is forcibly shut down. In the heated climate of war, with most Italians agreeing with intervention, Mussolini, from the Palazzo Venezia, stops hesitating and announces to the Italian population that «Italy has declared war on France and Great Britain», siding with Hitler.

So Giuseppe and Mario have to leave their home, their loved ones, their business and their ambitions. The question is truly serious and complicated. War does not forgive! Mario, the younger brother, after the military service, is moved to the French border, where he is employed as a border guard (GAF) at Exilles Fort in Susa Valley (North of Italy). Giuseppe is called up to serve in the vehicle depot at Alessandria. His onerous task is to drive a dilapidated bus and carry the wounded from the French border to the Ligurian Riviera, where hotels have been turned into temporary hospitals. On more than one occasion, under enemy fire and with grenades exploding around him, Giuseppe did not believe that he would make it.

But providence runs to his aid. Perhaps it is the same Saint Maurizio, to whom he is devoted. A timely case of pneumonia sees him well-removed from the front and, despite the poor condition of his health, he finds a way to reorganize his work, even if the war was not yet over. He continues his service in the anti-aircraft division at Varallo Sesia, until that fateful day of September 8th 1943, when Marshal Pietro Badoglio announces that, following Mussolini's removal from office, «negotiations have started on a surrender».

Italy comes out of the conflict utterly devastated. Everything has to be restarted from scratch. Giuseppe and Mario know this well. There is no time to sit and stare: actions are needed. And quickly. Italy is lacking in everything: food, work, transportation; many live in dire poverty. But it is known that the Italians are people who “land on their feet”. They have demonstrated this on many occasions and, this time too, the hope and the desire to rebuild the country are stronger than the injuries inflicted by war. Giuseppe and Mario Pettinaroli, in an extremely challenging time, slowly resume work.

To complete their production cycle, they add a foundry department that requires a doubling of the efforts in order to run it at full capacity. Coal is often in short supply to light the furnace under the rudimentary crucible and the two brothers improvise as lumberjacks. But nothing, as always, scares them. With
the introduction of naphtha, comes a second melting furnace: one for bronze, the other for brass. In parallel, with the first post-war profits, Giuseppe buys a series of revolving lathes from a workshop in Magenta and, in a few months, the employees at the Pettinaroli firm number fifteen.

An accounting assistant is needed and a young girl is hired on September 30th 1945. Her name is Laura Fortis and she is from San Maurizio d’Opaglio. Precise, intelligent and very able in her work, she is to become a key person for the company. She will marry Giuseppe Pettinaroli and, with great determination, will take the company to the highest levels, becoming a point of reference for everyone.

The political climate of years 1945-48 is decidedly difficult. Many uncertainties reign over the Italian state, still wounded by the recent changes brought by the war. The referendum enshrine the country chose to be governed as a republic state and sanctioned the forming of a new Italian government. The victory of the Christian Democrats gives new hope to Italian businessmen and women, who start to invest in their companies, aiming to rapidly expand the domestic economy.

Consequently, Giuseppe and Mario Pettinaroli, finally, after the dark period of war, can look to the future with renewed vigor and great hopes. Fratelli Pettinaroli now has a workforce of eighty people. The production process is well-established and the first catalogues are prepared. There is great attention to detail and to the customers, of which there are many: all treated with the utmost regard. They are the company's real engine. A maxim that will become a philosophy for life, today more than ever before.

1950 An action from the Prefect is needed!

But new challenges are quickly approaching. The road which leads from the provincial street to the company, which was built by hand by Mario and Giuseppe Pettinaroli, has become, due to the weather, impassable. Customers and suppliers threaten to take their business elsewhere and stop any commercial transactions with Fratelli Pettinaroli if serious, immediate measures are not taken. An urgent and immediate response from the Prefect is therefore asked!

How does the story continue? we'll see it in the third chapter!