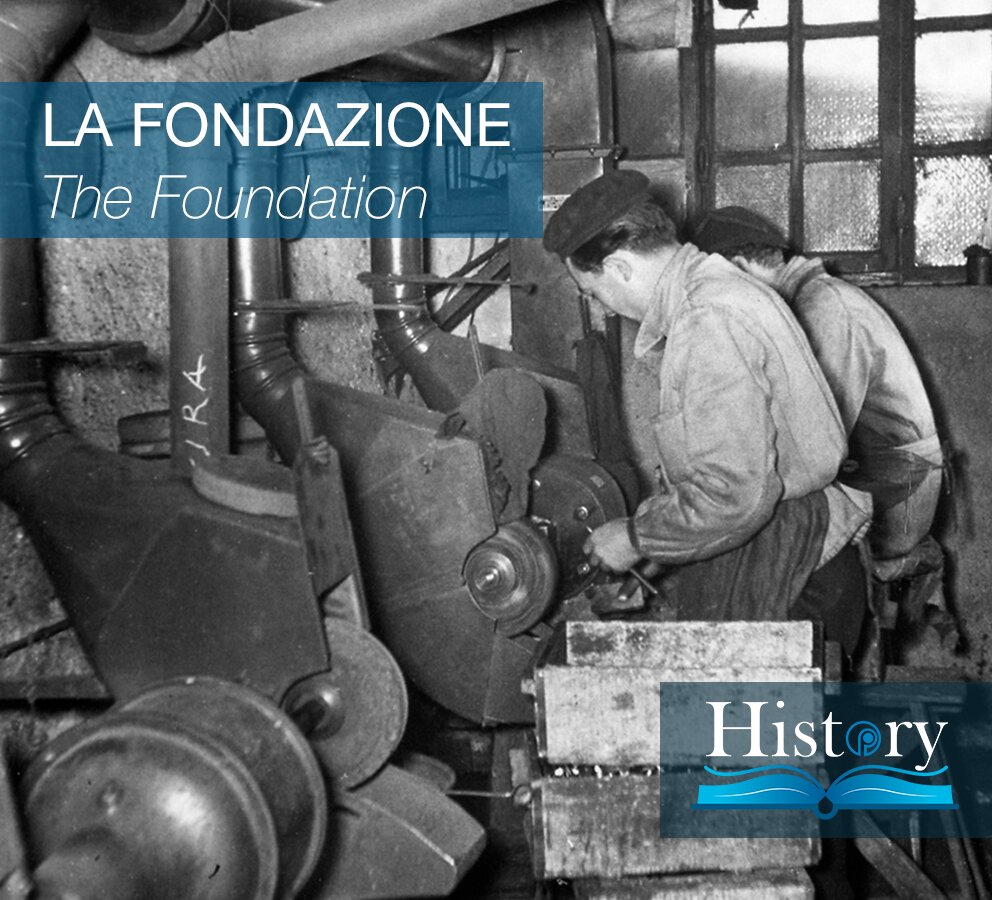 They lived on the moorlands of San Maurizio d’Opaglio, on the edge of a small town that, compared to the neighboring Pogno and Pella, offered very little in terms of business and industry. It was a miserable land, singularly inhospitable, largely swampy and cultivated with poor products, such as chestnuts, corn and some fruit trees. The majority of the inhabitants worked in the quarries of Alzo, located at the foothills of the sanctuary of the Madonna del Sasso, and from which heavy blocks of granite were extracted and transported to Gozzano via a small railway. The stonemason's job is a hard one: it is difficult, it requires huge efforts, as well as sacrifices, especially physical ones. And silica powder is incredibly unhealthy. Many people were made ill, even at a young age, but the sense of duty was frequently stronger than any illness.

Giulio awakes early in the morning, when it was still dark. He works uninterruptedly, with a great sense of responsibility. Even Saturdays and Sundays. He wants to give his children the chance for a better future, making them study, which is something that he has not been able to do. A desire felt so strongly, that it causes him to leave his family and to go to work in Switzerland, where a skilled stonemason could earn much more money.

They are hard years of intense work, but they allow Giulio to save enough money to buy a house: the same house that we see today on the edge of the large Pettinaroli factory. Giuseppe in the meantime has grown. He attended elementary school at San Maurizio d’Opaglio and professional courses in Gozzano. He is a very intelligent boy, full of energy but, more than anything else, and despite his youth, he has very clear ideas. He wants to be independent, particularly from an economic point of view. He has thought about continuing his studies, but considers this less an opportunity for growth and more as another sacrifice and a further economic burden on the family that has already done so much to improve their social situation.

And so, at sixteen years old, he starts working as a lathe turner in a small factory in Pogno, which produced taps. He works as much as he can and, with his pay cheque in his hand and a little money put aside, the desire to realize his own dreams grows more concrete every day. We are at the start of the 1930s. In Italy, the dark period of the fascist regime is rapidly gaining ground and it will force Italy to make decisive choices in its foreign policy under the leadership of the “duce”, Benito Mussolini. For the second time, this time alongside Hitler and the German Nazis, Italy will go to war.

Giuseppe Pettinaroli founds his company next to his parents' house, in the harsh moorlands of Pianelli. There is a small workshop of 250 square meters and he buys a revolving lathe, today perfectly preserved in the company museum. Approximately a year later, his brother, Mario, joins him and together they lay the foundations for an industrial empire in the valve sector. But nothing is ever as simple as it seems. The specter of the Second World War looms over Italy and, despite their efforts, their determination and the will to do better, the road is always uphill.